For the second year, Elliott and I decided not to travel for Thanksgiving and instead hosted a bunch of friends (and family!) in our apartment. We had nine people in total and I think it was a really wonderful time. I tried out a bunch of new recipes this year that were especially delicious. Here's a quick overview of what I cooked and my timeline for making it.

Not too much here, but I did make Smitten Kitchen's Union Square Cafe's Bar Nuts, which were delicious. The only thing I would change is reduce the initial toasting time to about 7 minutes - at 10 min a few of my pecans had already started to burn a bit. 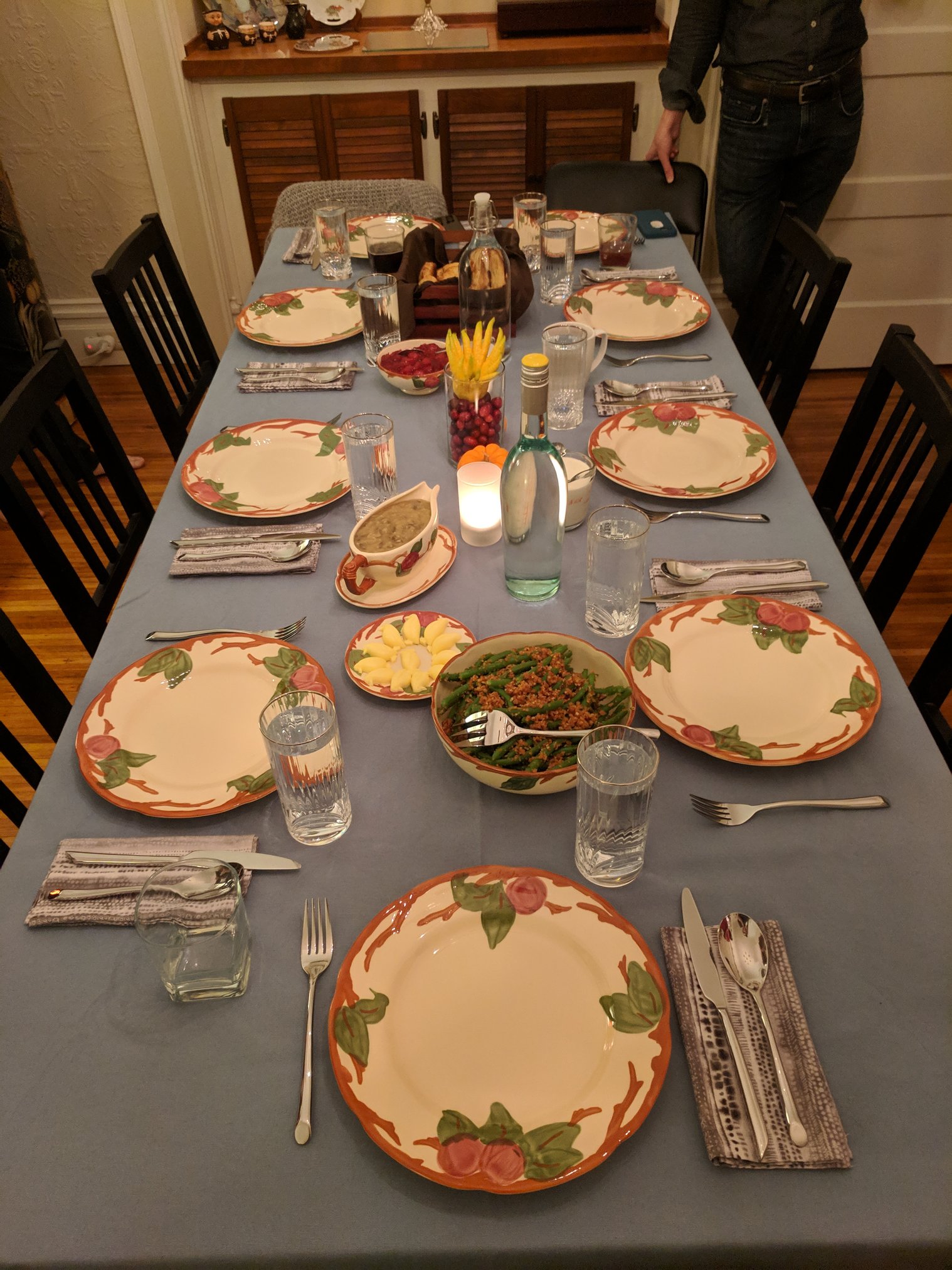 I made two drink mixes, both from Serious Eats - Lemon Rosemary Syrup and Cranberry Pepper Shrub. I actually used sparkling water in place of sparkling wine in both recipes and I found the cocktails were really light and refreshing (or entirely non alcoholic). Our friends brought over delicious beverages, so these we'll be mostly saving for later in the week.

This is a post about possibilities - the possibility that is the two layer party cake. As evidenced below…

Hi and welcome to Where's the Granola - a website dedicated to cooking, circuits, and whatever else I'm interested…