Here's a new blog type I'm trying called Fast Weekday Dinners (FWD). A lot of people advertise "fast weekday dinners", but I don't think they're actually fast enough. When I get home from work, I literally want to be able to eat within 15 minutes and I want almost no clean up. These meals are barely recipes - think of them more as vague inspiration for what you can do to really make food extremely quickly and easily.

(See this? This is not what you're going to be making on a weeknight.)

For my weekday dinners, I take all the short cuts. Therefore, I will add a shopping list of exactly what food I buy to make these dinners quickly. Although I don't love shopping at Whole Foods (aka whole paycheck), it is literally 1 minute out of my way from getting off the bus and walking home, so most ingredients either come from there or Trader Joe's if I'm a bit more organized on the weekend. I do try to get the cheaper things at Whole Foods, so I'll mention exactly what I get there so you don't have to spend an arm and a leg. 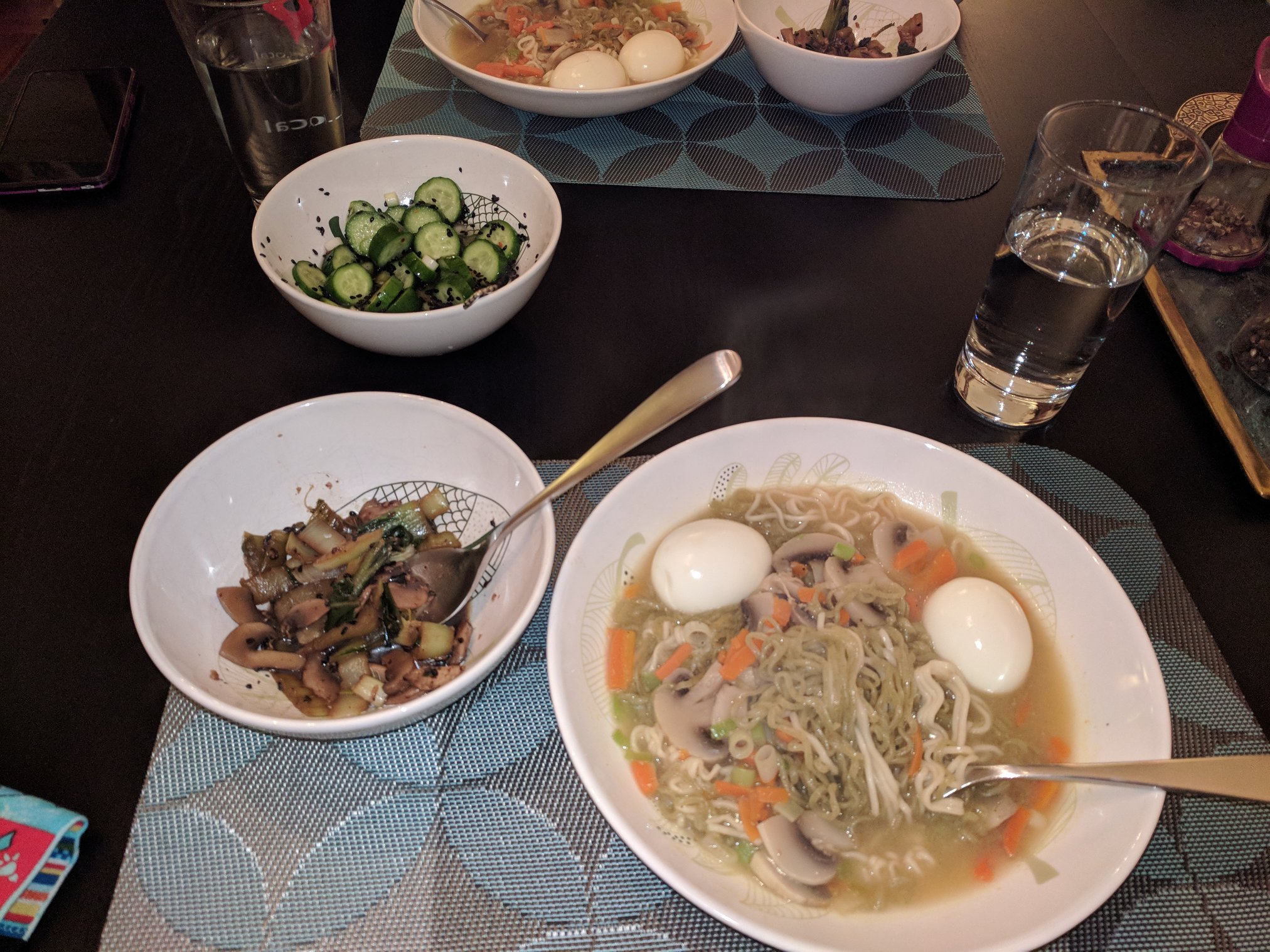 (This is more like what you'll actually be getting.)

Overall, I actually think it is pretty possible to come up with dinners that are tastier, healthier, faster (if you include wait time), and cheaper than what you might get as take out on a weekday night. These meals aren't really aiming to be the absolute cheapest or healthiest, but they're better than the alternative.

I know a lot of people find it challenging to cook at night, but I generally get home later than 9pm and manage to cook most nights, so I believe in you!

Does Indian food sound like it would be hard to make? It is! Unless you take a zillion short…